My Sticky Five – 5 women who have influenced my life 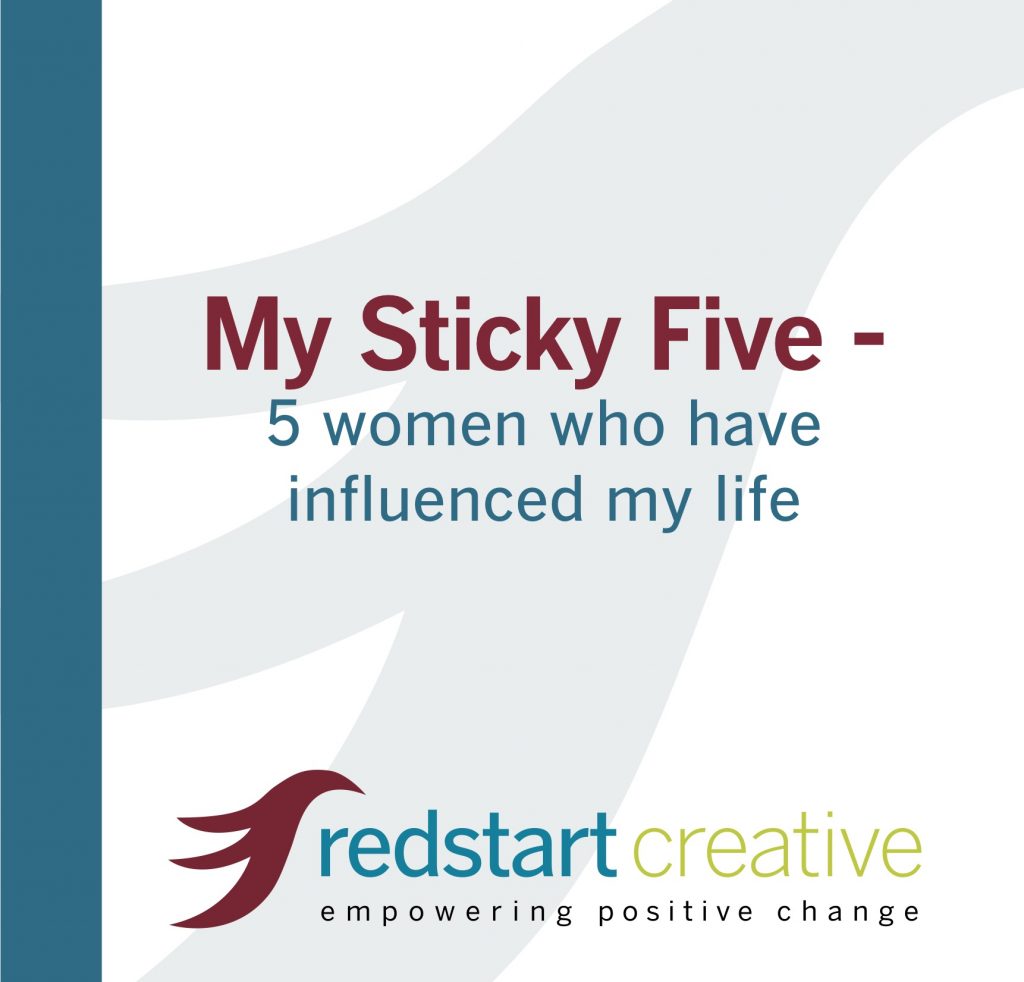 We have an amazing team here at Redstart. Each of us bring our unique perspective and voice to help ensure we empower social change. This month we asked two team members to write about 5 women who influenced them in honor of #WHM. This blog was submitted by Bridget Parlato. 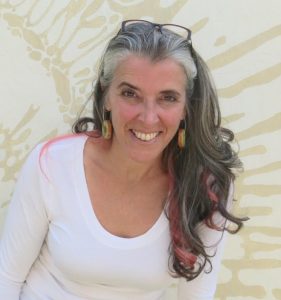 When my husband and I married, it was pretty clear that I was the conduit through which new people came into our lives. This, in large part, was owing to my being an extrovert and he, an introvert, but after 20 years and a boatload of counseling together, we’ve both become pretty aware that men often find deep and lasting connections hard to come by. More often than not, it’s women who are the “sticky” ones. The ones who give out the sappy soppy love or the “you can do it girl” talks, the ones who shed tears of happiness and sadness, the ones who pick up phones, send cards and texts and think about when NOT to go see the neighbor’s new baby, because the sounds of sneezing and sniffling have been heard at home. Those are the women who lay out delicate, invisible frameworks that knit families, friends, neighbors and co-workers together. They are the “sticky” ladies.

Here are my sticky women. May there be more where they came from.

How could it NOT start with Mom? A 50s wife, a good Catholic, 7 kids, a high achiever, a sufferer from clinical depression, and a creative to the depths of her being, she was a woman buried under the weight of domesticity. My mother died two years ago, and though I do not miss her depression, it was she who stopped in the midst of hanging yet another load of laundry to show me the beautiful structure of a poppy seed pod and the way to fold maple leaves into fairy purses. With her, I noticed the rainbow that oil makes on the surface of a puddle and the sparkle of dust motes floating on window-framed sun beams. I can still remember proclaiming to her that the clouds were MOVING. What a gift to remember her experiencing “the everyday” through my lens of childhood discovery. Her soft, “oh!” in response, as if something magical had been re-found and nested in a small delighted laugh. “Yes they do honey, they move very fast …”

And when her depression raised its ugly head, there was my oldest sister Lisa. With 9 years (and 3 siblings) between us, her life changed considerably when I arrived. She changed my diapers, I wet her bed, she showed me which weeds to pull, and put my tiny freezing hands against her warm belly after winter chores. An intense type A in contrast to my extreme type B, our personalities can – and do – clash considerably, but she was the first to illustrate what it meant to be passionate about issues, be they political, environmental, social, or economic.

About 10 houses south on my rural country road lived Jessie Griffing – a woman whose husband’s nickname of “Jingle”was well earned. She had spark and a wry sense of humor – the kind that required her to throw you a wink now and then. She was my art teacher in both grade school and high school. I was about 7 when I recall a conversation between her and my mother, the smell of mimeographs in the air, as Mrs. G cranked the copy-making machine in the school supply room. “This one is going to be good,” she said. And she saw that through. When it came time to apply to college, she quietly but indignantly bypassed my parents, not only setting up an interview at an art school, but driving me 3 hours to that interview. I was the last person admitted to that freshman class. There has never been a teacher who has influenced my life more.

Beyond my “Local Heroes,” there’s Lee Bontecou, an American sculptor and printmaker known as a pioneering figure in the New York art world of the 1960s. To me, her pieces and drawings combine a linear, graphic quality with an earthy tactile nature – a network of lines, frames and planes usually surrounding a circular void executed in the blackest of blacks, created by using the soot from a torch. In those voids, she captured a soft, dark space of no return. It might sound odd to find such a thing beautiful, but her work, for me, brings to mind the concept of wabi-sabi, a Japanese aesthetic sometimes described as one of beauty that is “imperfect, impermanent, and incomplete.” Like beauty found in decay.

When I first fell in love with her work, I felt like there was no more use in trying. Some artists do that to me. And then I have to pull up my big girl pants and get on with the business of creating, because, well, that is what I do best.

Beauty like Bontecou’s can keep me motivated, but equally important is purpose. How wonderful when the two can work together. Barbara Kingsolver does that exquisitely, infusing purpose into artful storytelling. I began listening to her years ago and at some point, each book brings me to tears. A recent listen to Animal Dreams left me with this quote, which I offer to you as an end to my post;

“Wars and elections are both too big and too small to matter in the long run. The daily work. That goes on. It adds up. It goes into the ground, into crops, into children’s bellies and their bright eyes. Good things don’t get lost. The very least you can do in your life is to figure out what you hope for, and the most you can do is live inside that hope, not admire it from a distance, but live right in it, under its roof. What I want is so simple, I almost can’t say it. Elementary kindness. Enough to eat. Enough to go around. The possibility that kids might one day grow up to be neither the destroyers, nor the destroyed. That’s about it. Right now I am living in that hope, running down its hallway and touching the walls on both sides.”

Amen, Sticky Sister. If I can live with that in mind, some young woman of the future might just list me among her “Sticky Five.” I’ll aim for it.